After the loss of a close friend in his early twenties, Sebastian had a moment of reflection which led him to asking himself a question that would go on to change his life

The answer was NO, and so he penned down a list of 100things that he hoped would bring him closer to a sense of happiness.

Now 10 years on and counting, Seb has ticked off 74 items from his list, has raised almost half a million dollars for charities and has found a sense of purpose that he could never have dreamed of.

His story turned into books, TV shows and documentaries, has most impressively inspired a global community of individuals and organizations who have identified, pursued, and achieved their own goals, too.

Since the moment Sebastian left Australia to begin his journey, support and interest for 100things has been overwhelming. What started as a journey about one man has now developed into a journey about many. 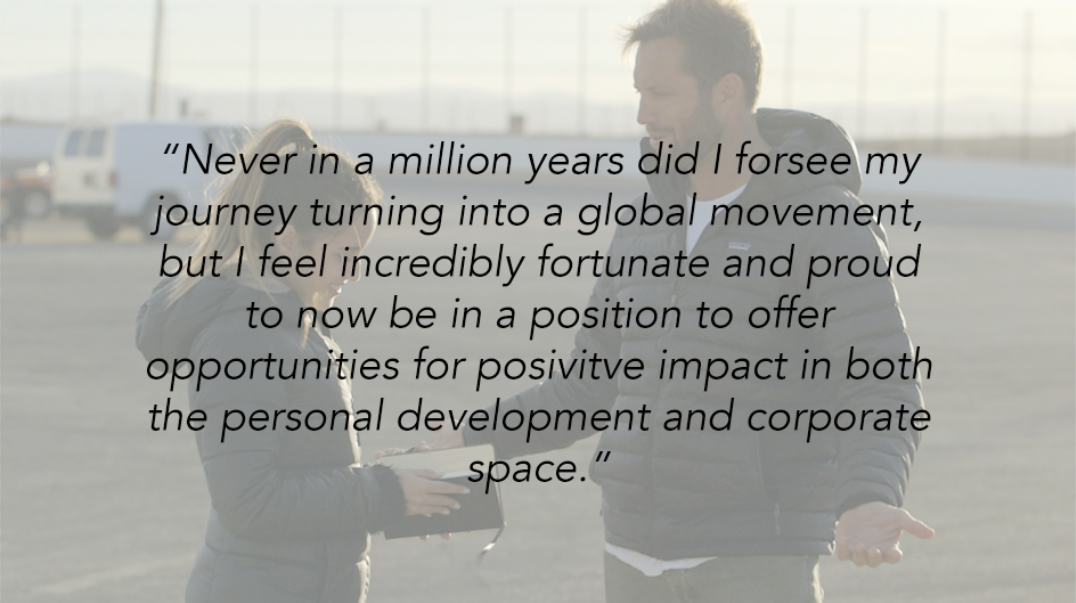 Shortly into his journey, Sebastian observed that 100things was inspiring people in ways he couldn’t believe.

"In the first instance strangers would begin sharing their lists with me and then before I knew it these same people would actually ask for my help. It was when a man named Mark approached me for help that the trajectory of my life changed”.

Mark, a quadriplegic man from Melbourne, Australia, was the victim of a tick bite which infected him with Lymes diseases. As such he soon after lost the ability to move and speak. He had become a quadriplegic. After hearing of the 100things story on TV, Mark approached Sebastian and asked him to help him achieve his dream of completing a half marathon- he just needed someone to push him.

This moment allowed Sebastian an opportunity to for the first time help someone with their own list and immediately he said yes.

"To this day, helping push Mark across the finish line of the half marathon remains one of the greatest accomplishments of my life and I haven’t stopped helping people since”.

"I thought it would take me 100things to find happiness but I realized that after ticking off 72 items, that it was actually Number 26: Help a Stranger, that held the key to me finding true purpose”.

Get started today before this once in a lifetime opportunity expires.